Sorry for the delay!  I've been sitting in front of my computer, thinking about writing up about event camp then just not doing it.


I entered Event Camp feeling pretty nervous.  I don't generally ride with different people so I get nervous with them, and I was worried about being pushed beyond my abilities according to past participants.

Then I was pretty disappointed I wasn't being pushed as I felt the fences were pretty small and unchallenged and I was really wanting to get over my fears of moving "up" to Starter and just get there.

Next I totally spazzed out and easily proved I had no business jumping bigger fences.

Then I jumped an "enormous" course and had some spaz induced stops and felt like I really had no business jumping bigger.

Finally I jumped some bigger stuff and ended up being upset that I didn't get to jump anything really big!

Here's a pic of the course I spazzed over.  Certainly not big, but bigger than I'd been jumping consistently and I created my own monsters. 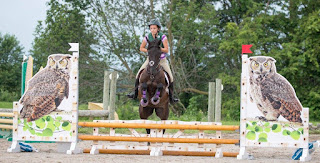 I KNOW that Stella is a brave horse and will jump anything I want her to jump, but I still have issues making myself a brave riding and not sucking back and leaving her up to her own choices, which for Stella, means not jumping because I'm out the window. 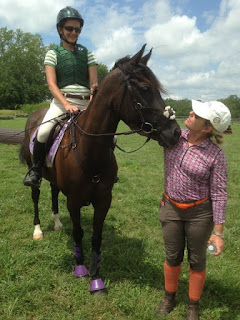 She's a methodical and encouraging teacher who wants you to get things RIGHT at a slower pace over smaller fences even if you are capable of going faster and jumping bigger.  It's about making sure things look good, are safe, and that the horse understands the question and isn't just jumping because you said so.  When the pouring rain brought us indoors she quickly improvised a course including gymnastics over what she had available.  Her courses, were jump this fence, make a 20m circle, jump, halt, pick up a canter, canter this fence, make a 20m circle, trot the ground poles, pick up a canter, jump the fence, etc.  I really liked riding with her and she was neatly inside my comfort zone.

I also got to ride with Tim Bourke.  I was super intimidated by him at first and I was pretty sure he'd be a no nonsense jump the big stuff and quit your whining type of guy.  The other groups were jumping BIG.  However, he toned it way down for my group while still expecting the same things.  His courses were about being precise in your path and nothing to do about the jump itself.  Get your lead in the right place.  Get the strides, get into the corners.  Plan your path before and after.  I found this really helpful.  It wasn't about getting over the fences, it was about everything in between and I didn't worry about the fence by the time I got there.

We had another lesson indoors due to the rain and it was probably one of the most fun ones.  There were a TON of improvised fences set up, a skinny two stride line, a line of three bounces, poles to canter over, a scary blanket jump, flowers, everything you could imagine.  This was another lesson about getting there right and nothing about the fence itself.  I was really glad that I have to improvise things at home due to a lack of a real course as Stella had no issues with any of these things.

I must confess that I was the one who made the fence with the blanket over it.  Tim was looking for more filler and I've jumped blankets at home so why not?  So sorry to anyone who had issues.

At least Stella was around for a friend to help give her horse a lead over the terrifying fence in all of its 18 inch glory.  Again, SO SORRY.

I also got to ride with Lauren Lambert who was great getting to know everyone in an XC lesson for the first time.   For some reason Stella was super worked up for this lesson and I had a hard time handling a completely different horse.  Lauren said she had a ton of experience with people trying to event arabians and her advice was dead on.

Looking back I enjoyed all of my lessons and everyone had pretty much the same advice.  Ride forward.  Ride straight.  Make a plan.  For the love of god your elbows!!  Hands down.  Leg on.

What really made my day were the unsolicited compliments on Stella.  She was an awesome little horse who had a good mind, was willing, had a really nice jump, and was a good match for me.  I also got a great compliment from Tim on my position.  He said I had good balance and was really good at getting out of the way and he felt it looked like I always knew where my body was.  He also thought I needed to be more influential but everyone knows that!

So, I'd love to do it again next year if my wallet allows.  I feel like I came out ahead and the intense instruction really helped.
at August 01, 2017 1 comment: 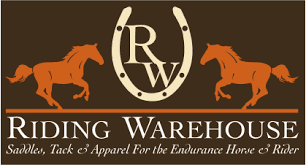